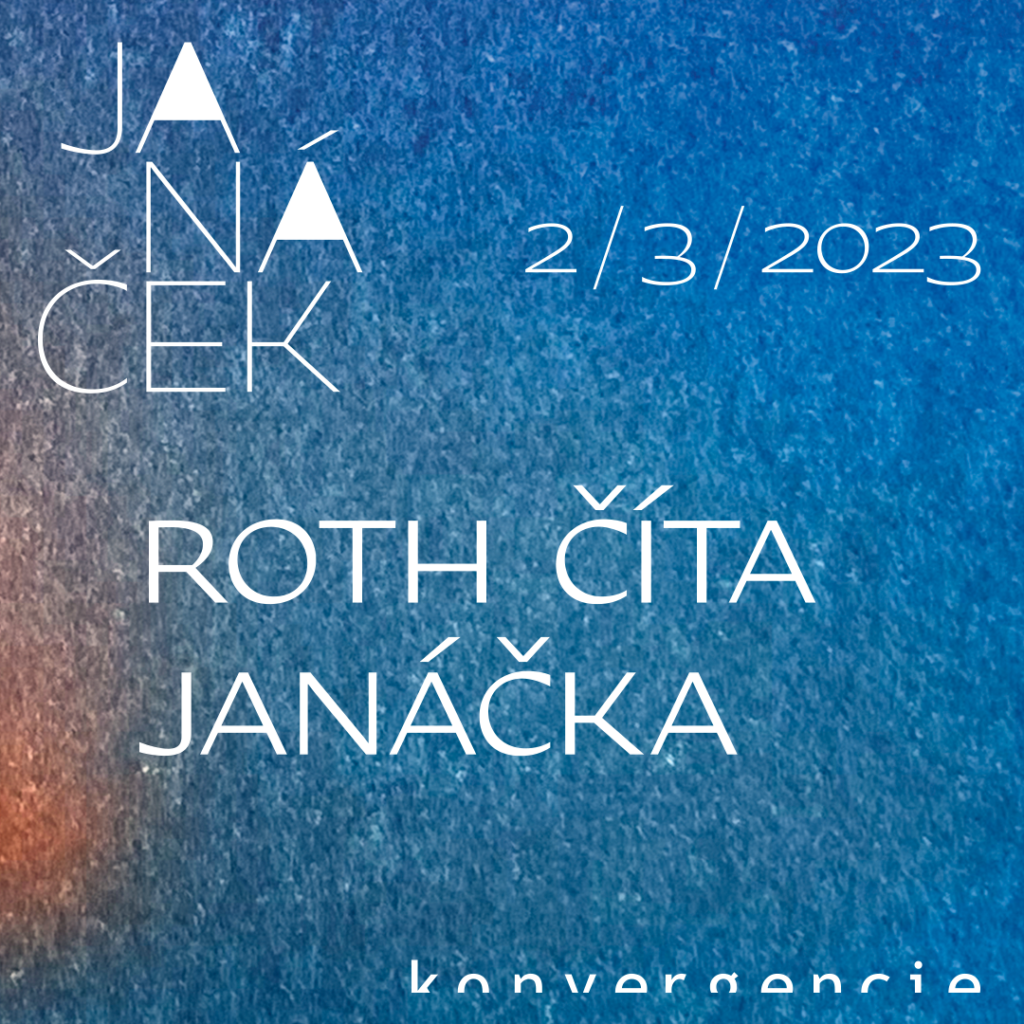 reading with and about music

Konvergencie JANACEK festival starts with a reading event in Artforum bookstore. Robert Roth will read selected parts from letters, in which Janacek, similarly as in his music, reflects the story of is life. (Slovak language only) 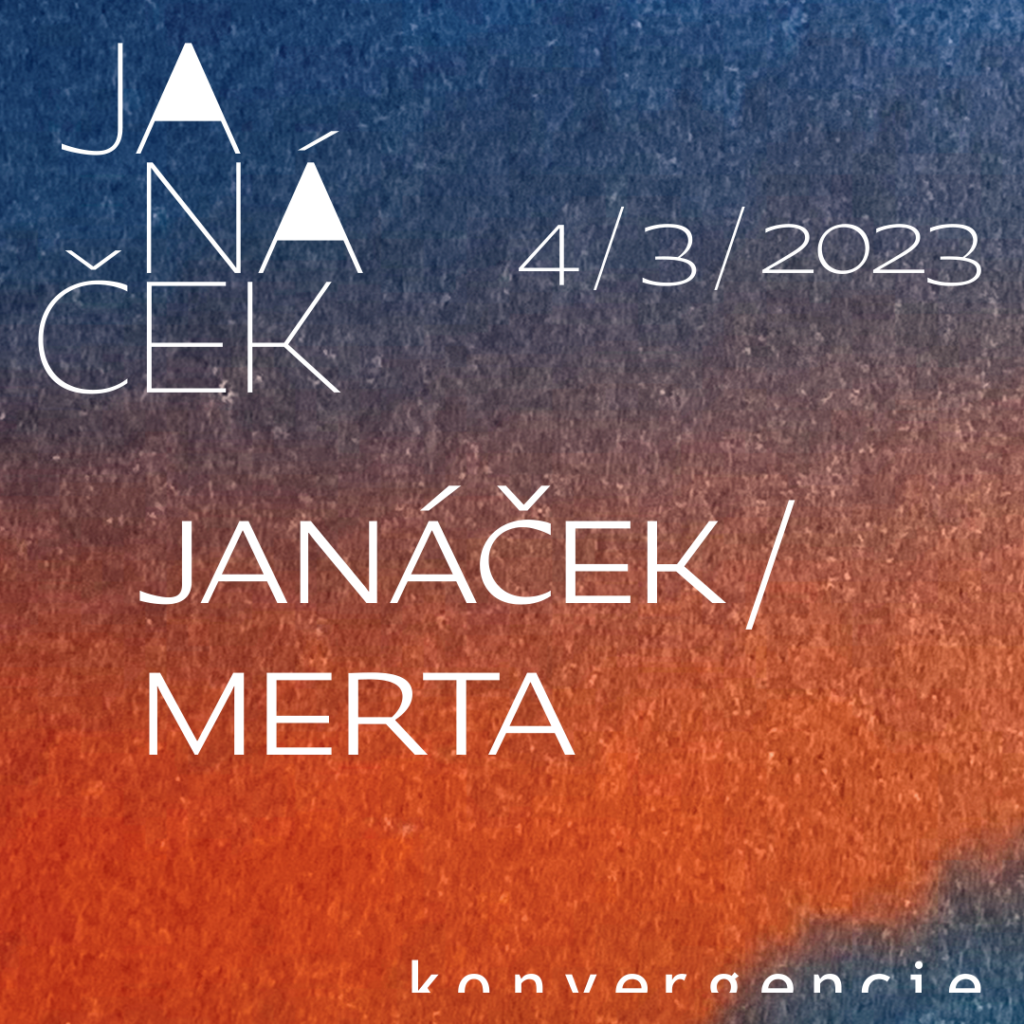 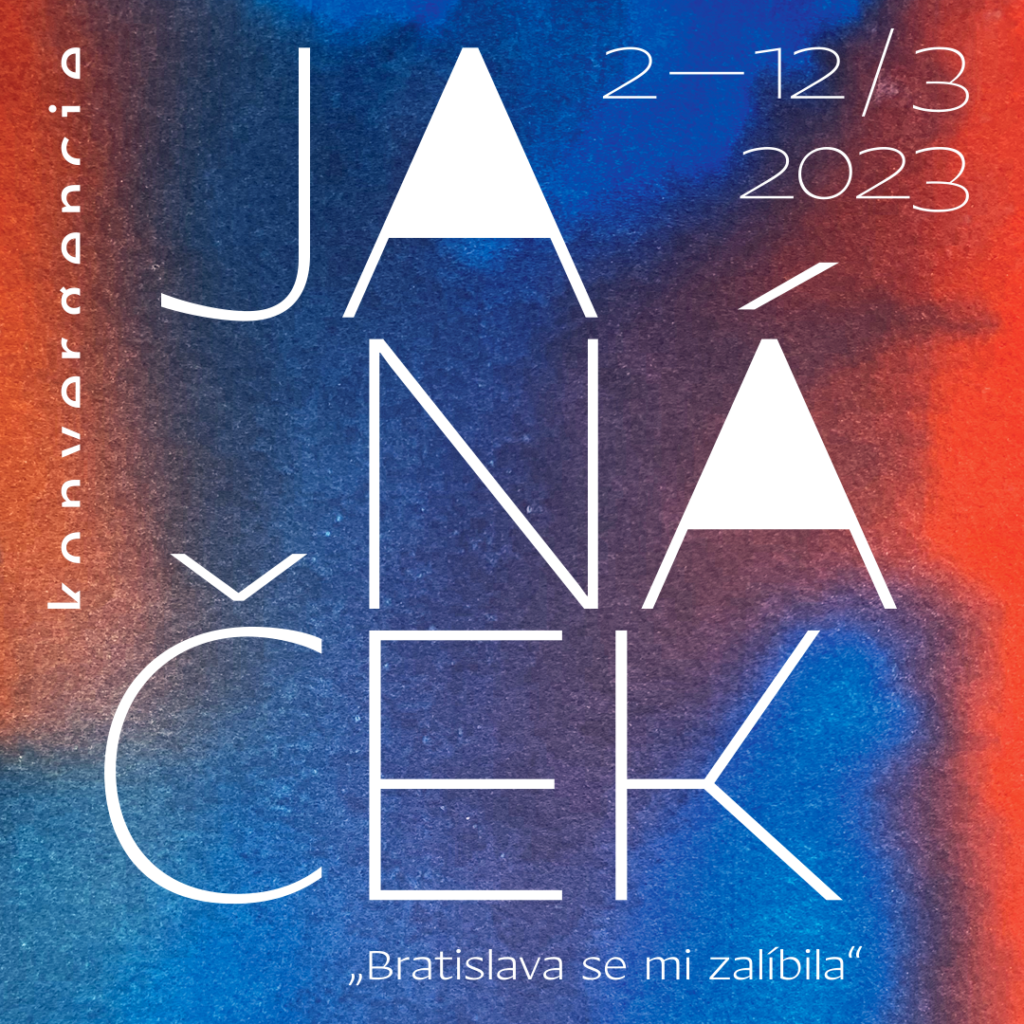 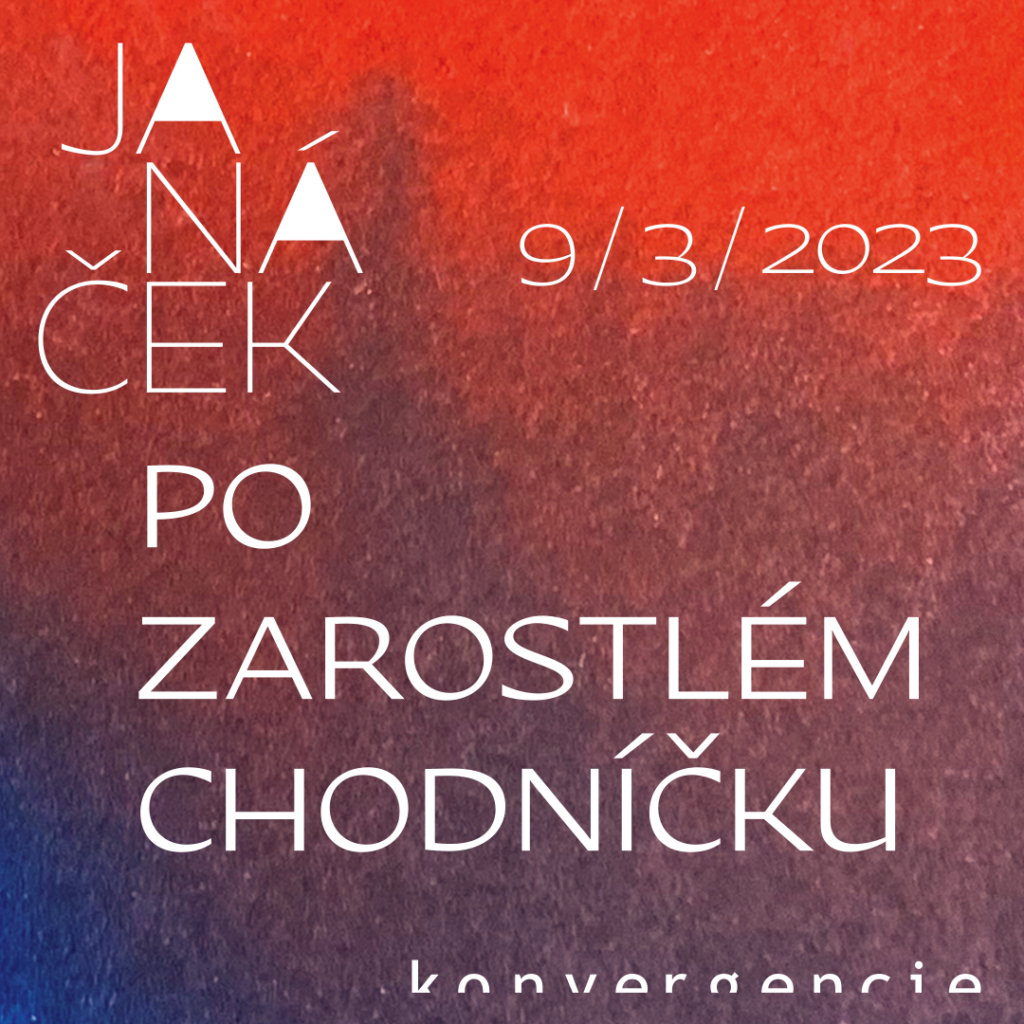 On an Overgrown Path

„I fell in love with Bratislava,one may read in the correspondence of Leoš Janáček (1854 – 1928) in the 1920s, admiring “the beautiful old town and the exquisite Danube”. From March 2 to March 12, the fascinating world of chamber music by this Moravian master will be explored in Bratislava, with performances by highly reputed Czech and Slovak musicians at Konvergencie, the international festival of chamber music. The first festival day opens with the whimsical March of the Bluebirds“ March of the Bluebirds Fairy Tale for piccolo and piano and the Fairy Tale for cello, based on motifs from the Tale of Tsar Berendey. On an Overgrown Path, originally a piano cycle On an Overgrown Path will be heard in Jarmil Burghauser’s arrangement for string quartet, and the concert will climax with the Capriccio subtitled “Defiance”. The untraditional line-up of the work was originally inspired by the pianist Otakar Hollmann, who lost a hand in World War I. The virtuoso burlesque with magnificent lyrical passages will be presented by the Czech specialist in 20th and 21st century music Mirek Beinhauer, together with members of the Brno Contemporary Orchestra, conducted by Pavel Šnajdr.

Concert duration: 90 minutes with one intermission

For the whole program 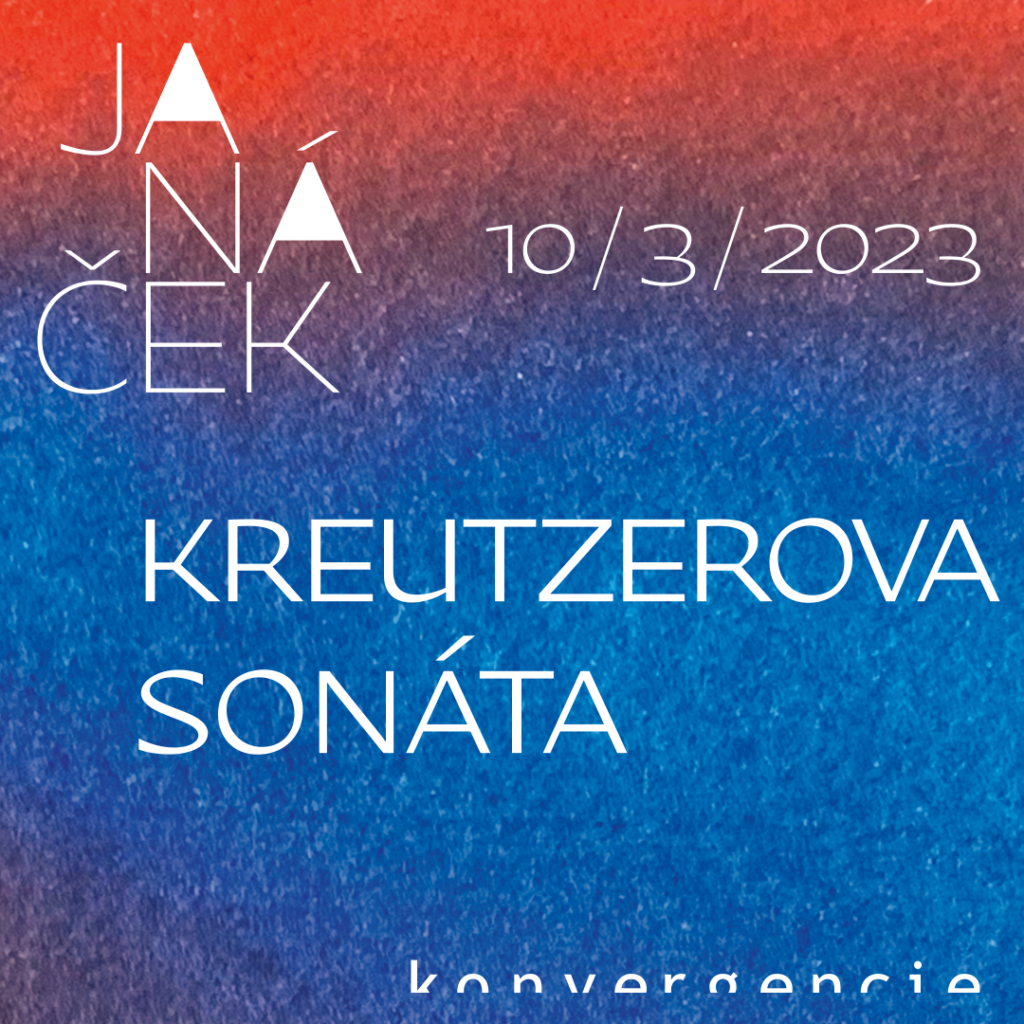 Since its foundation in 1994, the Zemlinsky Quartet has adhered to the tradition of the Czech quartet school in its concerts and recordings and its successes at home and abroad. At Convergences Festival these Czech musicians will present both of Leoš Janáček’s string quartets. “We must be advocates for subjugated womanhood,the composer said about his stimulating work, inspired by the famous novel by Tolstoy, to the musicians of the Czech Quartet, who gave the piece its premiere in 1924. In the same year as the the Quartet, which took its cues from Tolstoy’s “Kreutzer Sonata”, the composer, then 70 years old, produced his autobiographically attuned wind sextet Youth Played at the second festival concert in an arrangement for string quartet by Kryštof Mařatka (2015), these will be complemented by Janáček’s compositions for violin and piano, performed by the violinists Peter Biely, Daniel Rumler and the pianist Nora Skuta.

//
Concert duration: 75 minutes with one intermission
//
For the whole program 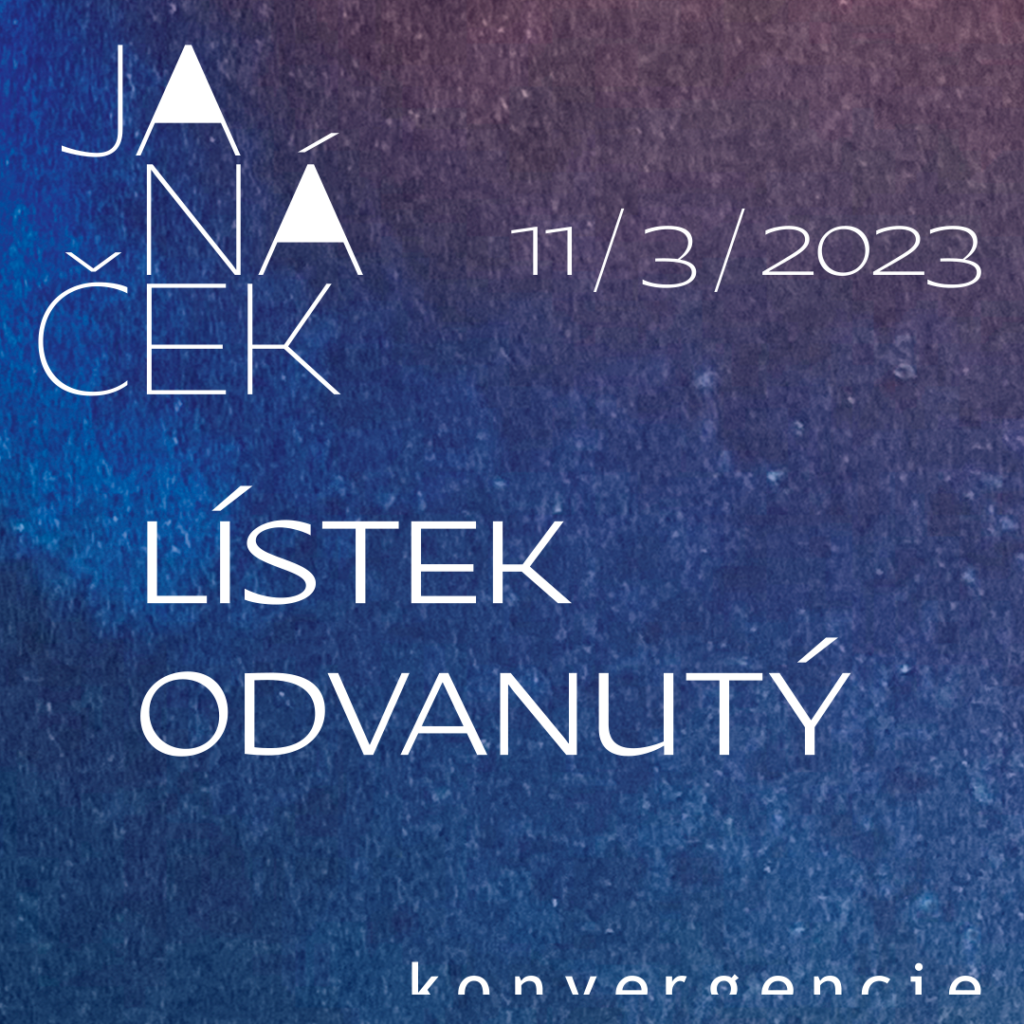 Convergences, the international festival of chamber music, on the third evening of its Spring edition offers a pair of exclusive recitals from the works of Leoš Janáček.

The first of these, in the Moyzes Hall, features the prominent Czech pianist Jan Jiraský, who has recorded the Moravian master’s complete piano works twice: on a modern instrument, and on the composer’s own piano. In his rendering we will hear three of Janáček’s pivotal, autobiographically modulated piano opuses: a selection from the reminiscent cycle On an Overgrown Path II; the impressionistic composition in the Mists; and the dramatic Sonata “1. X. 1905” – his response to the violent death of František Pavlík, who was killed at a demonstration calling for the establishment of a Czech University in Brno.

Traditional folk culture was one of Janáček’s essential sources of inspiration. He was also a collector of folk songs, and this interest of his brought him into contact with Slovak folk music. A selection from Janáček’s song collections will be performed by the soprano Adriana Kučerová, in collaboration with the pianist Robert Pechanec. Rounding off the programme, Jan Jiraský, joined by highly regarded Slovak musicians, will perform the chamber Concertino (1925).

//
Concert duration: 90 minutes with one intermission
//
For the whole program and updates follow our websites: www.konvergencie.sk and www.facebook.com/konvergencie. 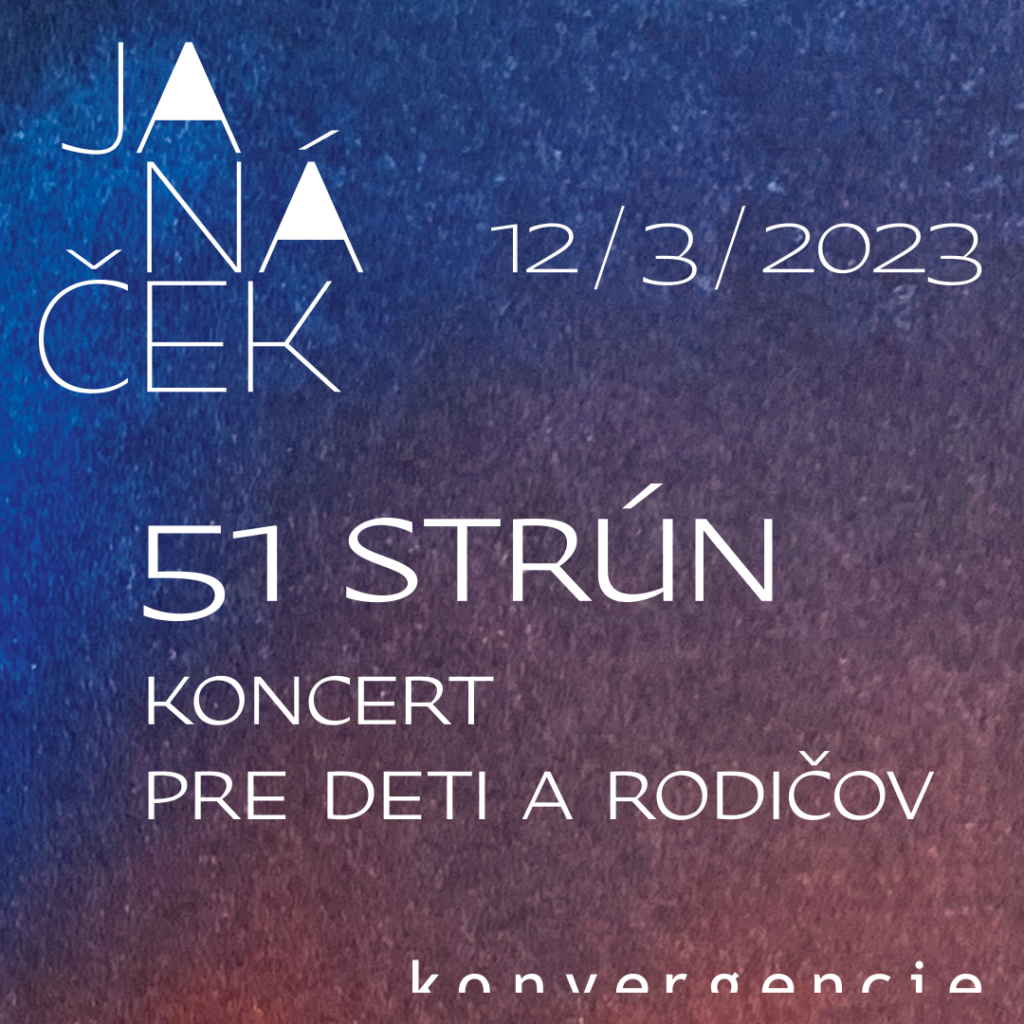 concert for kids and parents

In cooperation with Brno Philharmonic 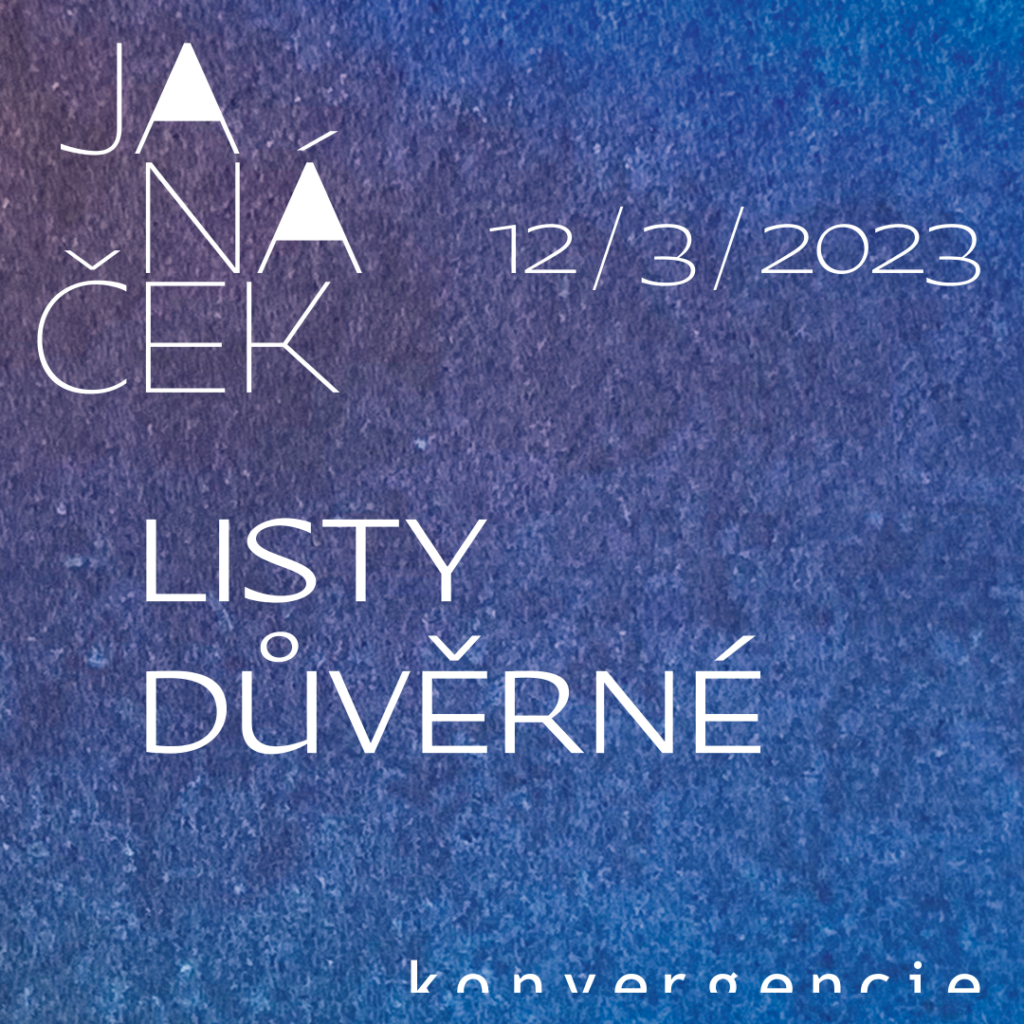 Leoš Janáček was inspired to compose the cycle Children's Rhymes, “musical aphorisms full of childish fantasy and playfulness” (M. Štědroň), by the paintings of Josef Hála, Josef Lada and Ondřej Sekora. We will hear the composer’s version of this work for soprano, clarinet and piano (1925) in the closing concert of the Janáček edition of Convergences Festival. The Violin Sonata had its first beginnings in 1914, but the work received its definitive form only eight years later, after several revisions. In this dramatic composition, to be presented at Convergences by Milan Paľa and Katarína Paľová, one can feel the anxiety of the period of the commencement of World War I, when the composer hoped for the early fall of the Habsburg monarchy. “I have infinite joy in that quartet which was compounded of our histories,” Leoš Janáček wrote in 1928, only a few months before his death, to the 38-years-younger Kamila Stösslová. One may encounter the old master’s young love in the heroines of his operas, and in several instrumental works besides. String Quartet No. 2 “Intimate Letters”, is an autobiographical confession. Kamila is, by the composer’s own testimony, behind every note, living, loving. In the final piece of the concert, Suite for String Orchestra, Slovak performers join with the members of the Zemlinsky Quartet.

//
Concert duration: 100 minutes with one intermission
//
For the whole program

An exhibition offering a coherent set of photographs documenting the life of one of the most important 20th century composers in his home town, Brno.

From the 1870s onwards, Leoš Janáček (1854–1928) began to win regional fame and then world fame. Understandably, as a result he caught the attention of professional photographers and photographic studios, as well as amateur camera enthusiasts. A rich photo documentation came into being during the composer’s life, and thanks to the work of curators of the Janáček Archive in the Moravian Museum over several generations, this has been gathered into collections, with the photographs in the composer’s own effects forming the core. The exhibition presents photographs associated with the city of Brno, besides portraits specifically composed in Brno studios.

Janáček came to Brno at the age of eleven and remained faithful to it until death. It is not at all strange, then, that a photo collection should exist which preserves that bond. Here one finds photos from 1881 of the affianced Janáček couple in the Rafael studio, and a number of group photos where we see the composer in the company of Brno artists, friends and pupils. Among the individuals photographed with Janáček, there is the conductor of the Prague premiere of Jenůfa, Karel Kovařovic (1862–1920), in front of the Hotel Slavia, when the Prague National Theatre Orchestra paid a visit to Brno in June 1917. Of the amateur photos taken by Janáček’s pupils František Rybka (1895–1970) and Mirko Hanák (1891–1972), probably those that give the most direct impressions of the master were taken in the garden beside the house in Smetana Street in the company of four-legged friends, the pup Čert and bitch Čipera, in 1910, 1926 and 1927. It is still an open question whether photographs exist of Janáček at certain notable events, including the Czechoslovak Exhibition of Contemporary Culture in 1928, which the composer to all appearances visited three times (10., 25., 29. 6. 1928), and the laying of the foundation stone in the Law Faculty of Masaryk University on 9. 6. 1928, where Janáček’s Chorus Composed for the Occasion of the Laying of the Foundation Stone was performed. A great many photos of diverse kinds were preserved from this occasion, and even a film. Janáček himself recalls this occasion: “… I was standing five steps away from the president. “High” society was round me; I was concealed by palm and laurel trees and able to follow everything…” Alas, he hid himself so completely behind the palm that one cannot see him on any surviving photo or on the film. And this despite the fact that on that day allegedly “someone was photographing me like a lunatic”. But even without those shots, the exhibition offers a coherent set of photographs documenting the life of one of the most important 20th century composers in his home town, Brno.